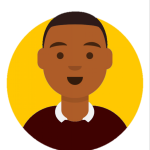 In just over a week since the launch, Brazil’s central bank has suspended the service within the country.

The Central bank stated that it had concerns to preserve a competive and open environment for the country’s payment system.

Brazil’s central bank will use the suspension period “to evaluate potential risks to the country’s payment system,” and to clear WhatsApp of any regulatory issues. Bloomberg reports,

Our goal is to provide digital payments to all WhatsApp users in Brazil using an open model and we will continue to work with local partners and the Central Bank to make this possible,

A WhatsApp spokesperson said in a statement

Facebook has also been facing ‘regulatory roadblocks’ in India for about two years now due to data compliance issues.

Brazil is the second-biggest market for the Facebook-owned app with over 120 million users.

The company was set to start out the feature in Brazil and hopefully roll it out to other users around the world.

5 Games You Can Play Directly From Google

Two-step verification (2SV) is an added layer of security that lets you create a custom ...
By Dieudonné
May 9, 2021

Since WhatsApp doesn't show ads to its users, Facebook is providing a new option for ...
By Dieudonné
May 8, 2021

Twitter is in the process of releasing a feature that will allow creators to monetize ...
By QC Contributor
April 29, 2021